Palestine. The Spirit of "Sumud"

In 2006 I was invited to Bethlehem in Palestine to speak at an educational conference there. While there I shot a few hundred pictures and when the conference organisers saw them they asked me to put together an exibition, called "Sumud", arabic for "Steadfastness", which was then shown first in Bethlehem 6 months later, and since then each year in different European cities.

Between Jerusalem and Jericho lies Wadi Kelt, a hilly desert area of amazing beauty. Religous hermits once lived here in the caves carving small statues or weaving baskets which they swapped with the traders for dates and bread. The monastery of St. George seems almost to be carved from the cliffs and is still home to orthodox Greek monks.

Palestine enjoys a mediterranean climate: short wet winters and long dry summers. Where the Israeli's haven't stolen or blocked off their land, the Palestinians make the most of it, planting grain and vegetables, or grazing goats and sheep. In the spring the fields abound with flowers and the greenery is intoxicating.

Photography and the Internet - Virtual means to defeating the wall.

The Australian James Prineas is the instigator or the cultural archive website "Palestine-Family.net. Also a keen photographer, he has occasional exhibitions, the last being "The Spirit of Sumud" (www.sumud.net). A book of photographs of the same name is currently being designed with texts from anthropologist Toine van Teeffeln. James lives in Berlin with is wife and two sons and is employed in the communication industry.

Heritage. Strength. Beauty. Education. Hospitality. Spectacular landscapes. Children. Vitality. These are words that spring to my mind when I think of Palestine. I'm sure more people would think of Palestine that way if they had seen what I have seen. Of course I also associate other, less inspiring words with Palestine, but they are almost all a result of injustices inflicted on the Palestinians, and I like to think that one day, with those injustices at least partly redressed, that Palestine will be regarded by all as a welcoming country of impressive beauty and fascinating history. As it is to me. As it should be to all.

Education is not just about learning. It is about the flow of information. Connecting those with the knowledge with those who want to learn is one of the most effective uses of publishing and of the internet. And the learners often notice that they have something to "teach" as well. Creating a platform for interactive education interests me a great deal. The Palestine-Family.net website, which I developed together with a half dozen partners inside and outside Palestine, allows the viewer to also be the author. Directly. Easily. So the information seeker can easily become the information provider. The student the teacher. The listener a story-teller.

Providing a platform which reaches a wider world can help those with something to say. With an old picture they can say: "my family was here - we belong here". With a recipe: "we are part of a region, but we have our own distinctive cuisine". With a family tree: "my roots reach back endlessly - seek your relationship to me". Each entry on the site - at the moment there are about 2700 - sends out a message to the world, and at the same time helps preserve a piece of the past.

A great many intelligent people are making a sincere effort to create a viable Palestine free of occupation. That is happening at a political, cultural and social level. Encouraging "Sumud" amongst the Palestinians themselves is equally important, as is giving them access to the tools they need to spite the considerable forces working against them. Every smiling Palestinian face seen in the "outside world" contradicts the general perception and challenges it. It is also a reminder to those who would banish them, that their spirit is not broken. Each visible family tree holds the (virtual) earth beneath a Palestinian foot and makes it less stable under that of a settler. Every picture of the wall that is seen and understood by an outsider diminishes the moral stature of its builders.

Just as the printing-press allows a single person's voice to reach innumerable ears, the internet is an equally efficient means to make accessible opinions & information which might not make the news ticker. But the distinction between making something accessible and making it visible is great. There are billions of pages of information on the internet. Forty-five million of them refer to Palestine. Getting "eyeballs" to your page or site is a question of science, art, money and luck. The strategy behind Palestine-Family.net combines all four.
1. Science. The programming of a site to make it fast and adorns it with useful features.
2. Art. Designing a "user friendly" interface to make it not only easy but a pleasure to use.
3. Money. In addition to the design, construction and hosting costs, site exposure can be encouraged by online and offline advertising and PR.
4. Luck. As with commercial products, even those with huge development and advertising budgets, the positive reception of a website and its ability to find an audience depends as much upon the mood of a reviewer as upon current trends.

By creating a community website to which all those interested can publish their private collection of heritage material, we bundle the potential of visibility. Instead of 200 individuals each creating their own - usually poorly designed and constructed - mini-websites, their material is instead published together on a professionally designed and programmed website which is much more likely to climb the inscrutable Google ranking list and become visible to a wider audience. This strategy of creating "strength in numbers" draws people looking for personal or family material into the wider community.

Even to those who are informed about the wall, seeing it for the first time is still a shock. I lived for two years in Berlin while the wall was still up, and compared to the Wall in Palestine, the Berlin Wall was picket fence. I've seen others who have also reacted to the Apartheid Wall as I first did: "I didn't realise it was THIS bad". My goal is now to make people who haven't or can't visit Palestine realise just how terrible the wall and the situation in general is.

One of the best know strategies to learning and remembering is to be exposed to the same information in different forms. Hearing, seeing, speaking, etc. I try to use the same method to inform as many people as possible about the Wall and its consequences: through photographs, the internet, texts... I also create a mix to give a more realistic view. My current exhibition, which can be seen at www.sumud.net, is a mixture which can be divided up into three main categories: Landscapes, People, The Wall. The western world usually connects the word "Palestine" with "conflict", "Israel", "terrorism" and "refugees". It's inhumane treatment at the hands of so many is barely or incompletely known. By presenting them with a new image of Palestine - "grand landscapes", "beautiful people", "joy of life", "disgraceful wall" - accompanied by texts which explain the injustice and situation in listed form, I hope to open eyes to their plight, giving the outsider a factual basis with which they can interpret news from the region.

Creating a book of the exhibition pictures is our attempt to hurdle the geographical limitations of a physical exhibition, yet still give a more haptic experience to the viewer than an internet site. The world-wide web, while perhaps second-nature to those who have grown up with it, often seems "only" virtual, electronic and transient to pre-internet generations. To the latter, a book in the lap can add a reassuring dimension while interacting with the material at hand. A beautiful book also gives its contents a standing which would otherwise only be achievable with an expensive image campaign. The difference is obvious if one compares the usual black and white pictures of protesting Palestinians found in newspapers to those of a high-quality colour reproduction of a more picturesque scene.

All pictures on this site ©2010 James Prineas

To contact the photographer please send an email to james@kythera-family.net. 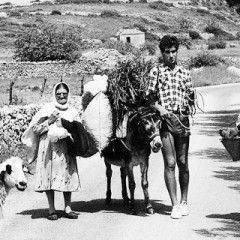 My animal and human friends and I

I've been photographing and filming now for more than 30 years and I've shot a few things which I'd like to share with you on this site. 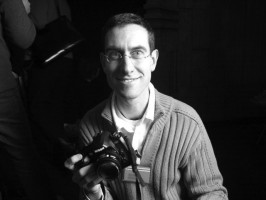 All pictures on this site ©2010 James Prineas.